(updated 15/7/2017) I've recently started working on Prism again after a few months off. This last week I've finally gotten round to working on Prism's audio output. Up until now, Prism only had beeper and tape (SAVE) outputs, but now:
It's sounding pretty good (though I have to disable a fixed-frequency buzzer on my FPGA dev board before I can hook up one of the audio outputs, so I've implemented it in mono for now)

Just a tiny update to show off another demo image showing off the linear 256x128 256 colour "clashless" mode.

So much progress since the last update! First up, I finally found why esxDOS wasn't working properly on Prism. Turns out that the divMMC automapper was working perfectly. The problem was actually with the SPI port. +3eMMC was working fine because it uses the SPI port slightly differently to esxDOS. A couple of tweaks to the SPI port implementation's sorted everything out - now both esxDOS and +3eMMC work perfectly.


Getting esxDOS working means that I can use emulated TRDOS to try out some of the Russian software, some of which works best with no memory contention, or needs more than 128K of memory.

Graphics modes, graphics modes... What would a Prism update be without more graphics modes? Firstly, I revisited Gigablend mode - this is a mode which blends the main and shadow screen together to give more colours - basically a hardware implementaiton of the software "Gigascreen" effect found in many Russion demos.


Looking back through the blog, I noted that I'd not said much about the 4 plane (16 colour) 256x192 mode. This works in a similar way to the Amiga - 4 bitplanes of pixel data which mean each pixel can be one of 16 colours (ie there is no colour clash). Of course, being Prism, this isn't restricted to the 16 default colours, they can be user defined. Here's a few examples 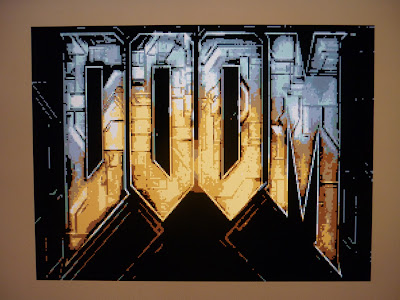 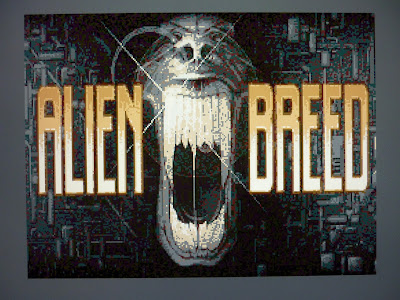 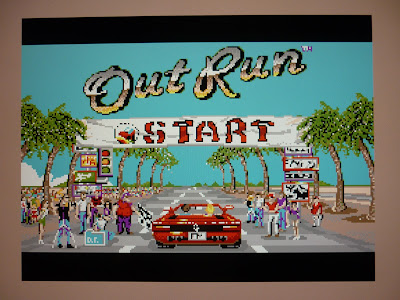 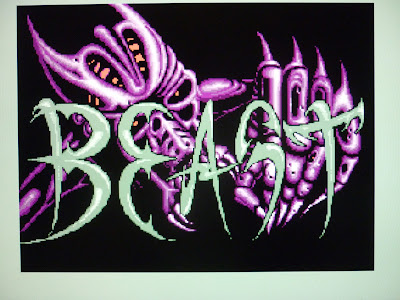 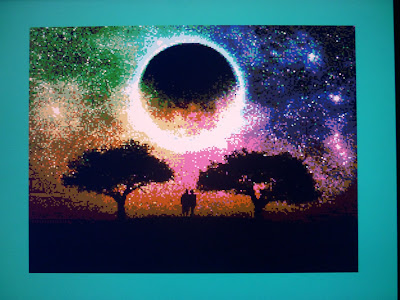 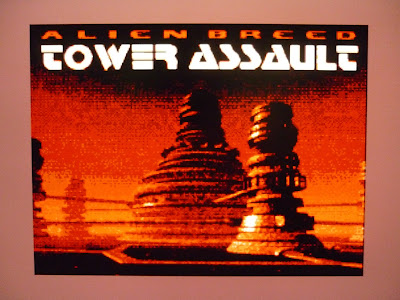 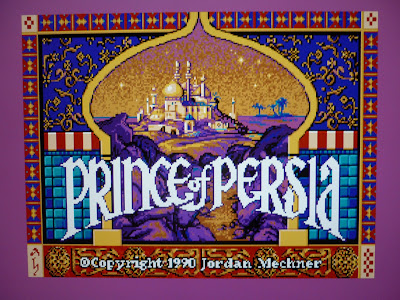 But what about brand new modes?

How about a completely bonkers 4096 colour mode? Brainbow mode is a 3 plane 256x192 resolution mode with a twist. Each pixel can be one of 8 colours (black, blue, red, magenta, green, cyan, yellow or white/grey) the twist is that each 8x8 "attribute" square has a defined red, green and blue element intensity level. Probably of limited usefulness, but hey - it's up to 4096 colours on screen at once.

What else? Well definitely more useful are the new linear modes. In addition to the Radastan and Zesarux linear modes, Prism's ULA2 also has its own linear modes - two of which have been implemented to date.

Due to the data needed to be moved around, these modes are probably more useful for splash screens or perhaps static pictures in adventure type games than they would be for actual arcade games (happy to be proven wrong though!)

There's been quite a few developments with Prism in the past few months, though again a lot of them are "under the hood" and not particularly visual. A lot's been done to improve stability at higher CPU speeds, and there's also been a large amount of refactoring of Prism's microcode to make it easier to work on and add new features.

Over Christmas, I did a lot of compatibility testing (also known as just playing games), as well as some playing around with palettes...
﻿

Of course it wasn't ALL playing games and refactoring... I did do some work on adding new features, including Radstian mode (a 128x192 16 colour "chunky" mode with no colour clash). I also started adding César Hernández Bañó's additional screen modes (similar to Radstian mode but with different resolutions) 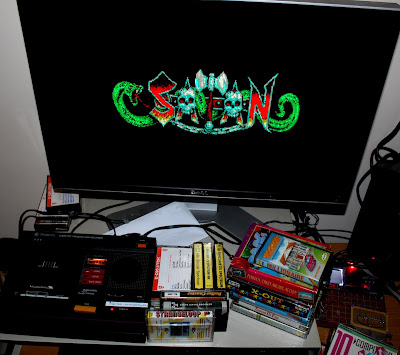 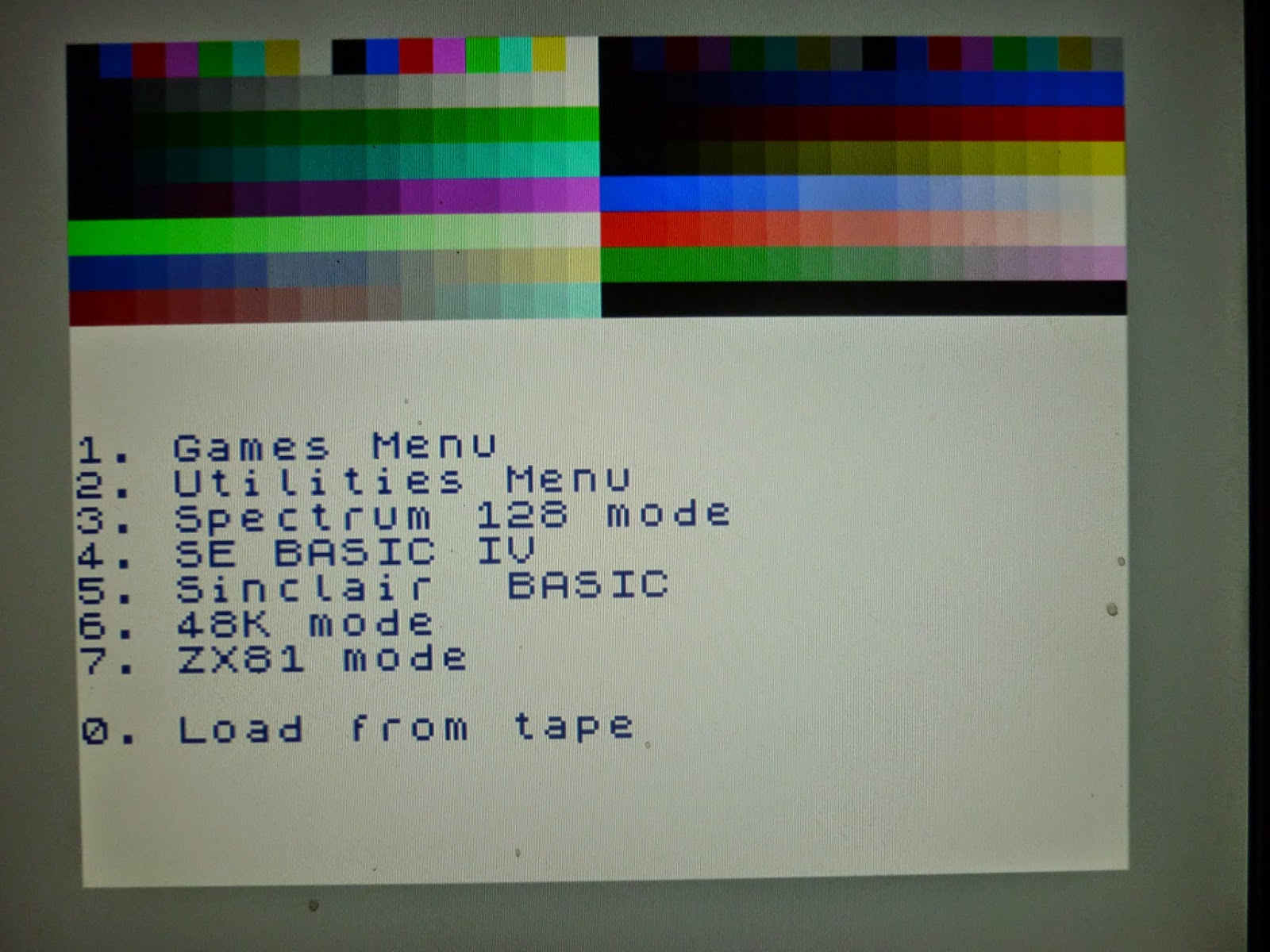 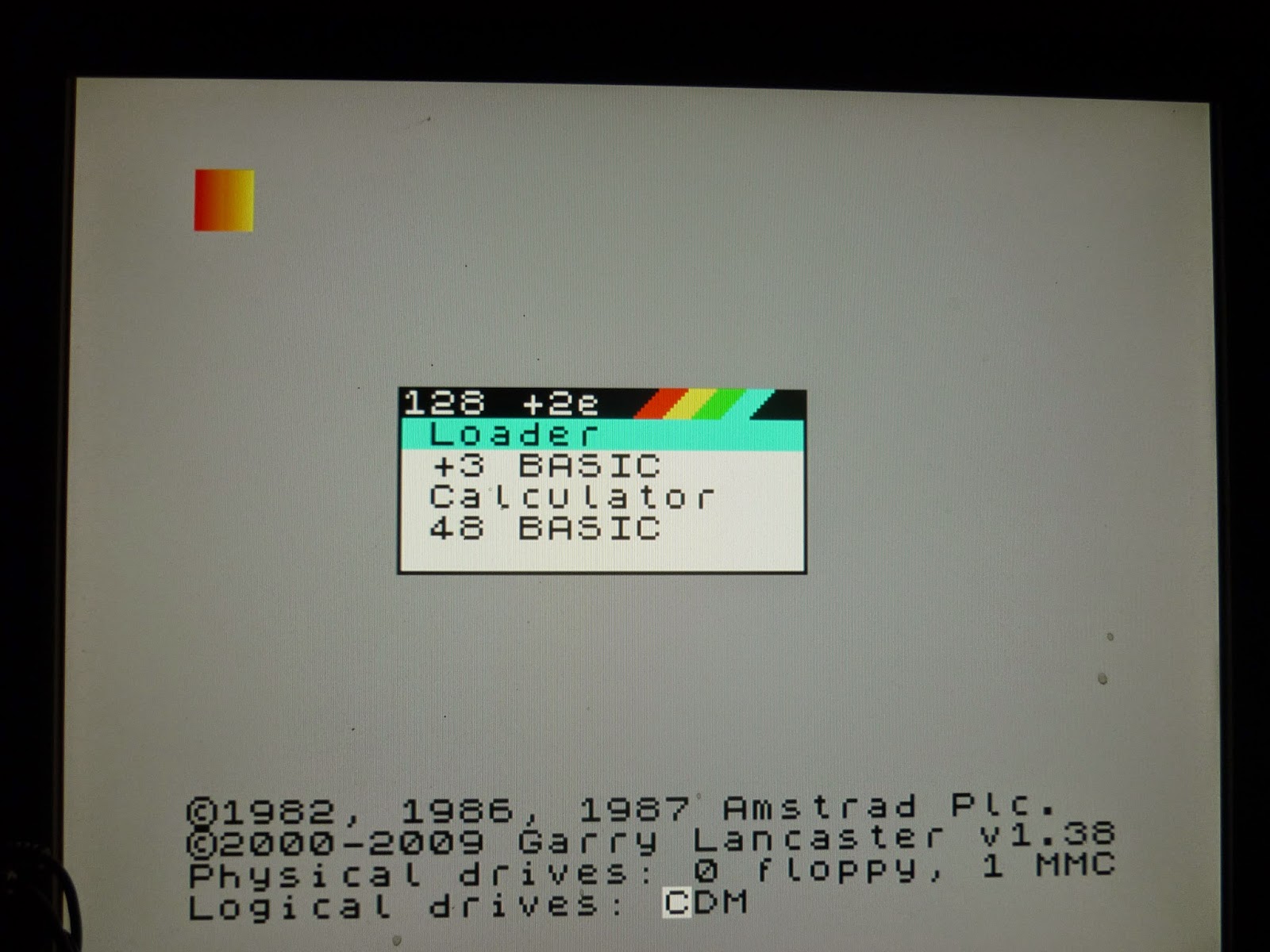 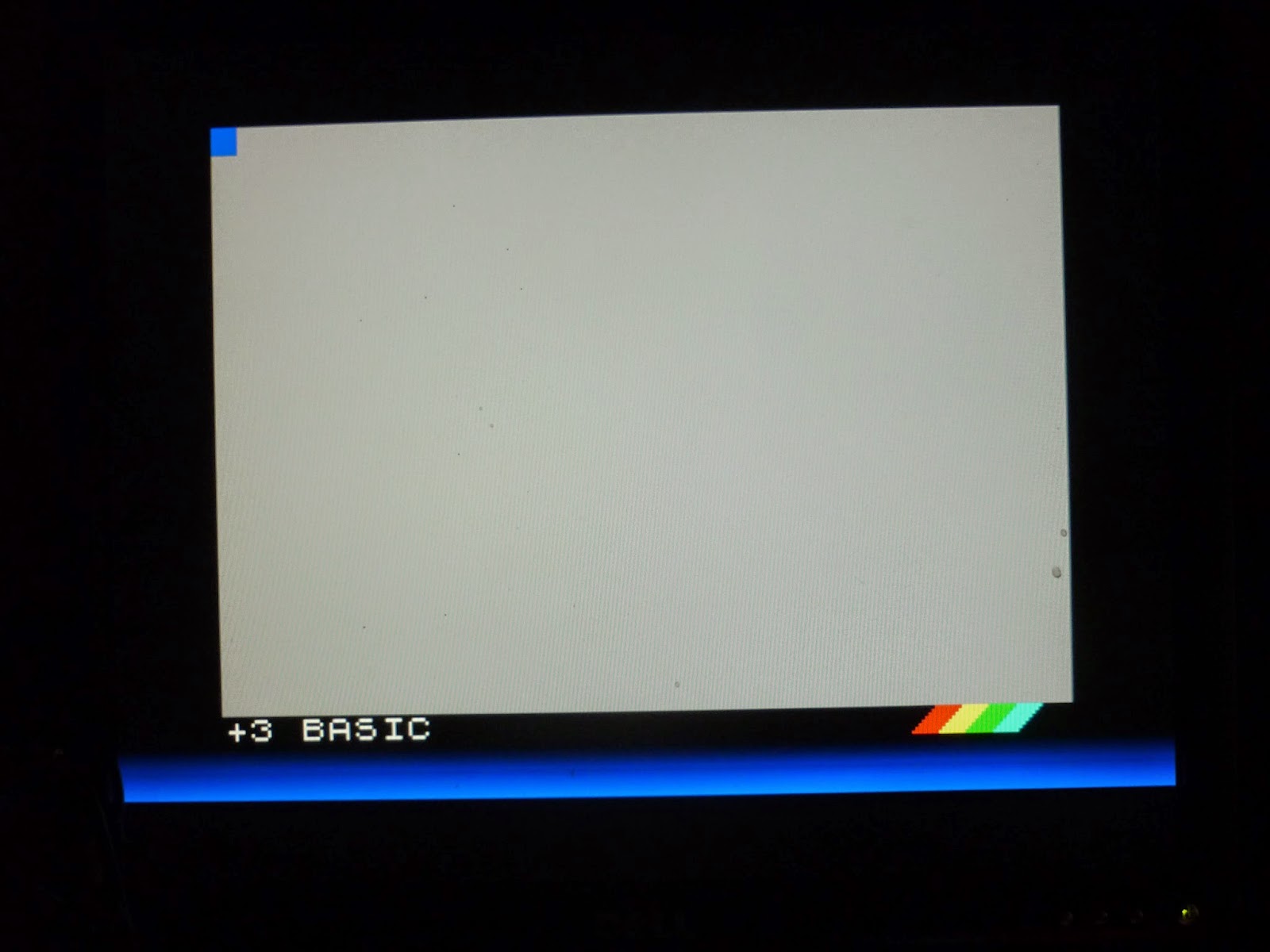 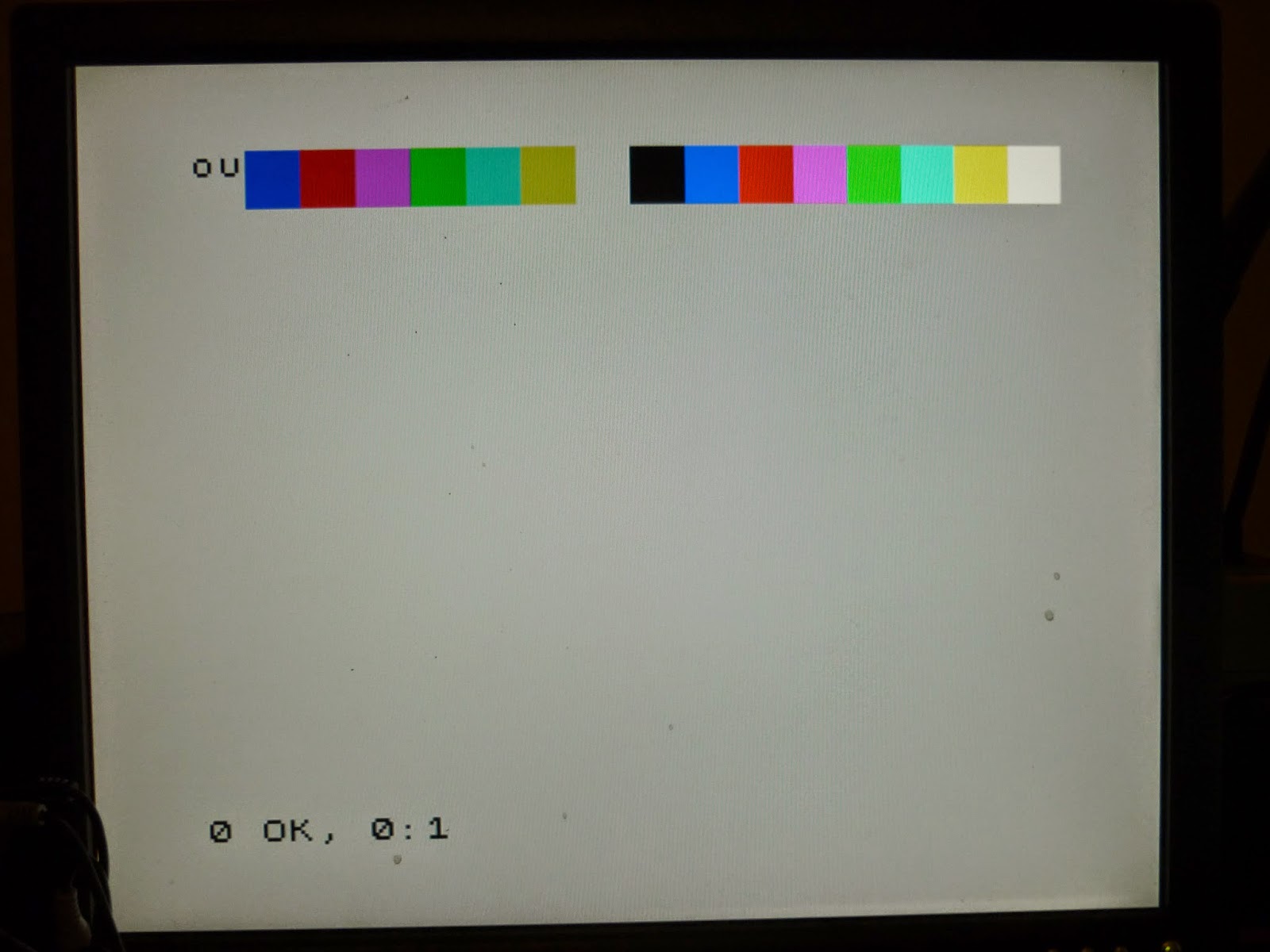